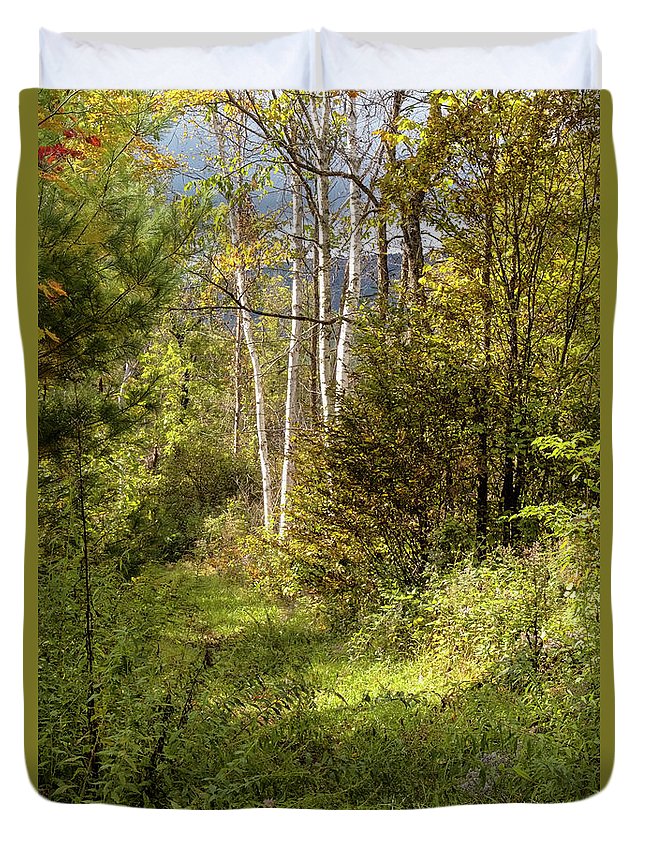 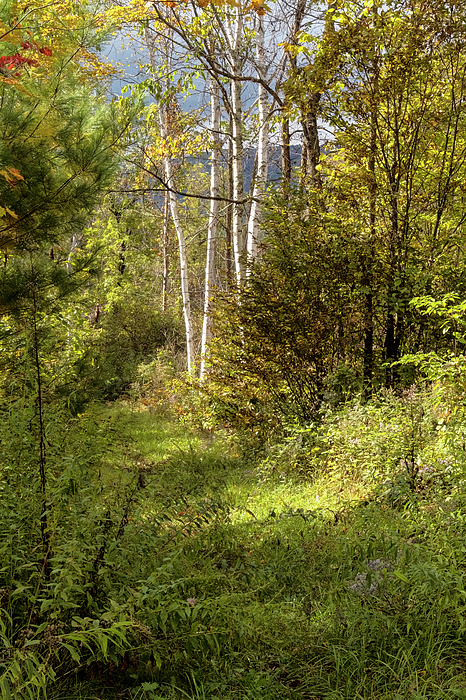 Queen duvet cover (88" x 88") featuring the image "Birches On An Autumn Path" by Tom Singleton. Our soft microfiber duvet covers are hand sewn and include a hidden zipper for easy washing and assembly. Your selected image is printed on the top surface with a soft white surface underneath. All duvet covers are machine washable with cold water and a mild detergent.

Out on a mission to capture autumn color I found these birch trees on a path in Springfield, Vermont. Birches are so elegant I could not resist.

Out on a mission to capture autumn color I found these birch trees on a path in Springfield, Vermont. Birches are so elegant I could not resist.