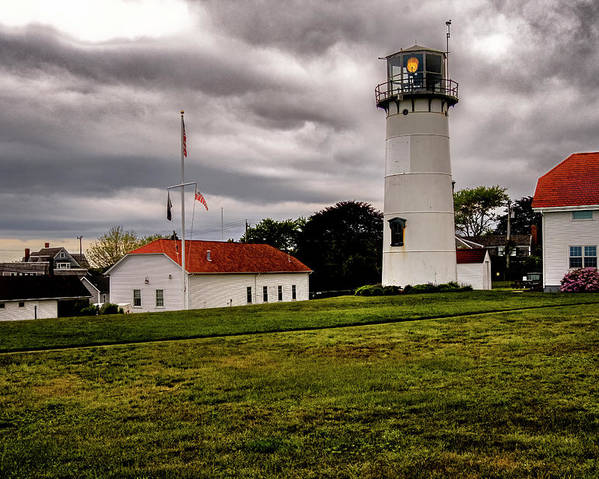 Chatham Coast Guard Station poster by Tom Singleton.   Our posters are produced on acid-free papers using archival inks to guarantee that they last a lifetime without fading or loss of color. All posters include a 1" white border around the image to allow for future framing and matting, if desired.

Built is 1897 the Chatham lighthouse in Chatham, Massachusetts has been guiding boats in the Chatham area for more than a century

Built is 1897 the Chatham lighthouse in Chatham, Massachusetts has been guiding boats in the Chatham area for more than a century