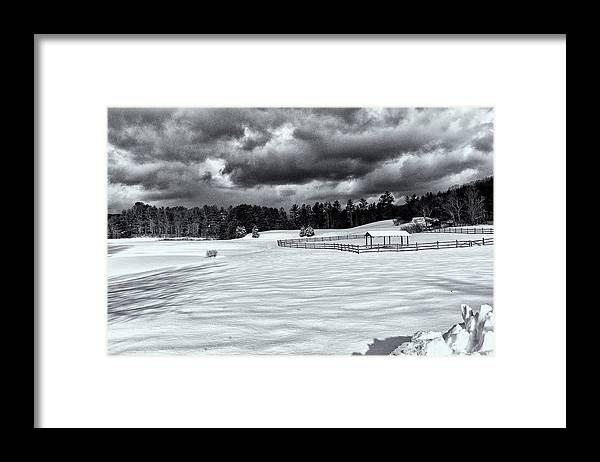 Snow And Clouds framed print by Tom Singleton.   Bring your print to life with hundreds of different frame and mat combinations. Our framed prints are assembled, packaged, and shipped by our expert framing staff and delivered "ready to hang" with pre-attached hanging wire, mounting hooks, and nails.

Another case of driving along a snow covered Vermont road and seeing a scene I wanted to photograph. I knocked on the owner's door and was greeted by... more

Another case of driving along a snow covered Vermont road and seeing a scene I wanted to photograph. I knocked on the owner's door and was greeted by a very nice woman who said photograph anything you want. Which I did.