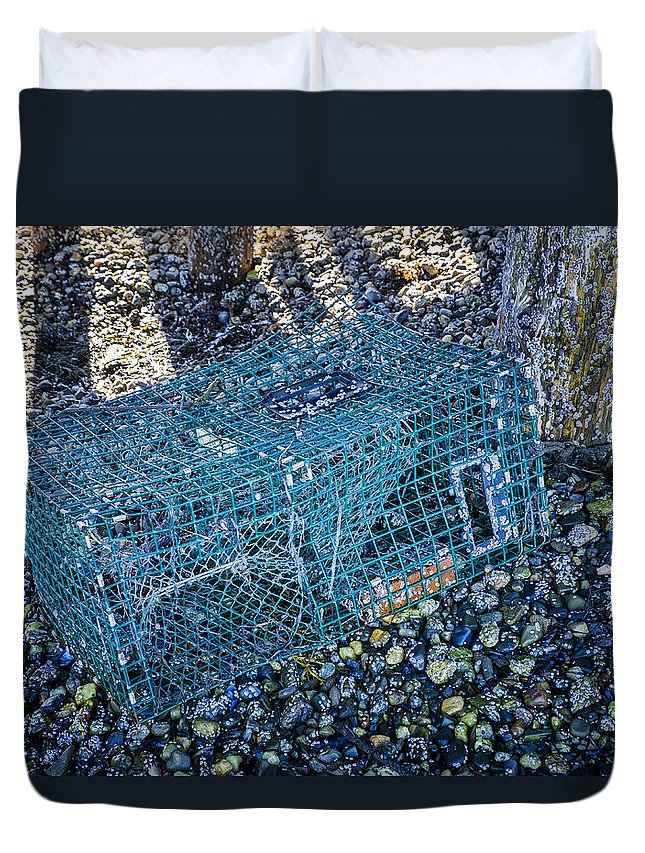 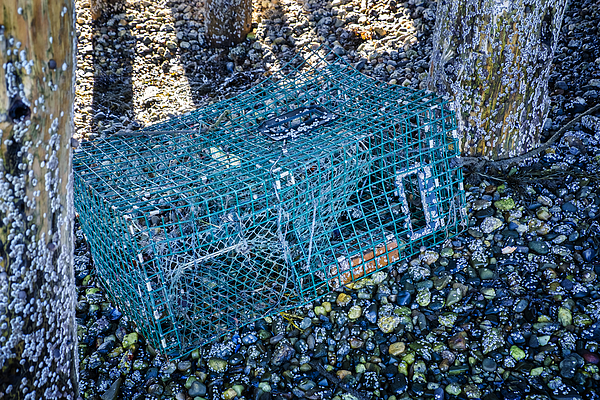 Queen duvet cover (88" x 88") featuring the image "Trap And Barnacles" by Tom Singleton. Our soft microfiber duvet covers are hand sewn and include a hidden zipper for easy washing and assembly. Your selected image is printed on the top surface with a soft white surface underneath. All duvet covers are machine washable with cold water and a mild detergent.

It was low tide when I took this photograph, low tide is fun, it reveals things not visible most of the time. The stones on the bottom of the pier... more

It was low tide when I took this photograph, low tide is fun, it reveals things not visible most of the time. The stones on the bottom of the pier sparkled like jewels and the barnacles on the pilings seemed to sparkle as well.